Please accept my apologies for not being with you in person to give you my signature head-bump greeting of affection...

Unfortunately this week has been one of great drama for me.

Being a Scottie, I'm used to taking on - and winning - my share of battles.


I'm also quite adept at wrapping my ample fangs around many an object...


But, on Monday night, I met a foe greater than even a Scottish Terrier could take on.

Let me set the picture for you:

It started out like any evening walk, with me dragging mum out the front gate -

I met a few friends at the park, and we started playing chasey (I was winning of course).


But then one of the humans threw a tennis ball into our game, and things became heated.

My friends suddenly didn't seem to accept that I was the natural leader of the pack, and that I should therefore have unlimited, and uninterrupted access to said tennis ball.

I made a point of securing it in my generous jaws and keeping it off them, but they were relentless - hounding me for the prize that was rightly mine.

What choice did I have?


I was put in an impossible position - keep the ball to myself and lose my friends, or hand it over and lose the respect of the pack.

So, I did what anyone would do; I ground it as hard as I could in my teeth, hoping I could either break it into pieces so we could share it, or destroy the ball so it was no longer an issue.


Unfortunately, somewhere between trying to destroy the ball and break it into pieces, I managed to swallow it...

"My Scottish Terrier has just swallowed a tennis ball, what do I do?"


I tried to insist I was fine.. but she was not having it.

Before I knew what was happening, I was being dragged back home, loaded into the car, and placed before a scary vet:


This part was hell, and I have to admit it brings back terrifying memories as I recount it for you.

At first, the vet gave me a special liquid, which he told me would be tasty. He tricked me, and the substance made me vomit.

He seemed angry that no tennis ball pieces had come out.

I then tried to run away -


When that failed, I was taken "out the back" where they did a scan of my tummy...

There were discussions about whether to perform "surgery" or an "endoscopy."

I didn't know what it all meant, but I was adamant I didn't want to be a part of whatever witchcraft this vet was peddling.

But despite my pleas, no one believed that I'd be able to digest the tennis ball naturally, so I was left at the scary vets in a cage overnight... and the next day I was given an injection.

I have no idea what happened after that.

I woke up a few hours later in what can only be described as a groggy haze. 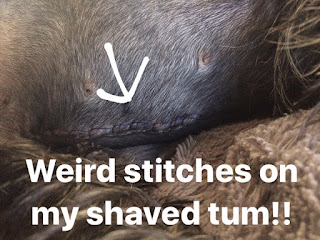 But by far the worst development was that a plastic cone had been attached to my collar, making it impossible to reach all my favourite licking spots.

I instantly hated the cone, and knew I had to escape the vet's evil clutches if I had any chance of getting it off me.

Thankfully dad came to pick me up the next day, and I was hopeful that this nightmare was over -

But for some odd reason both mum and dad have left the plastic cone on me, and I still feel groggy and tired...

I have no idea what that evil vet did to me, or what was in the tennis ball... but I know I'm determined to grow my beautiful hair back, and get this awful cone off me...

Hopefully next time we meet, things will be back to normal... 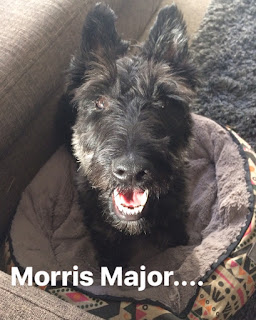 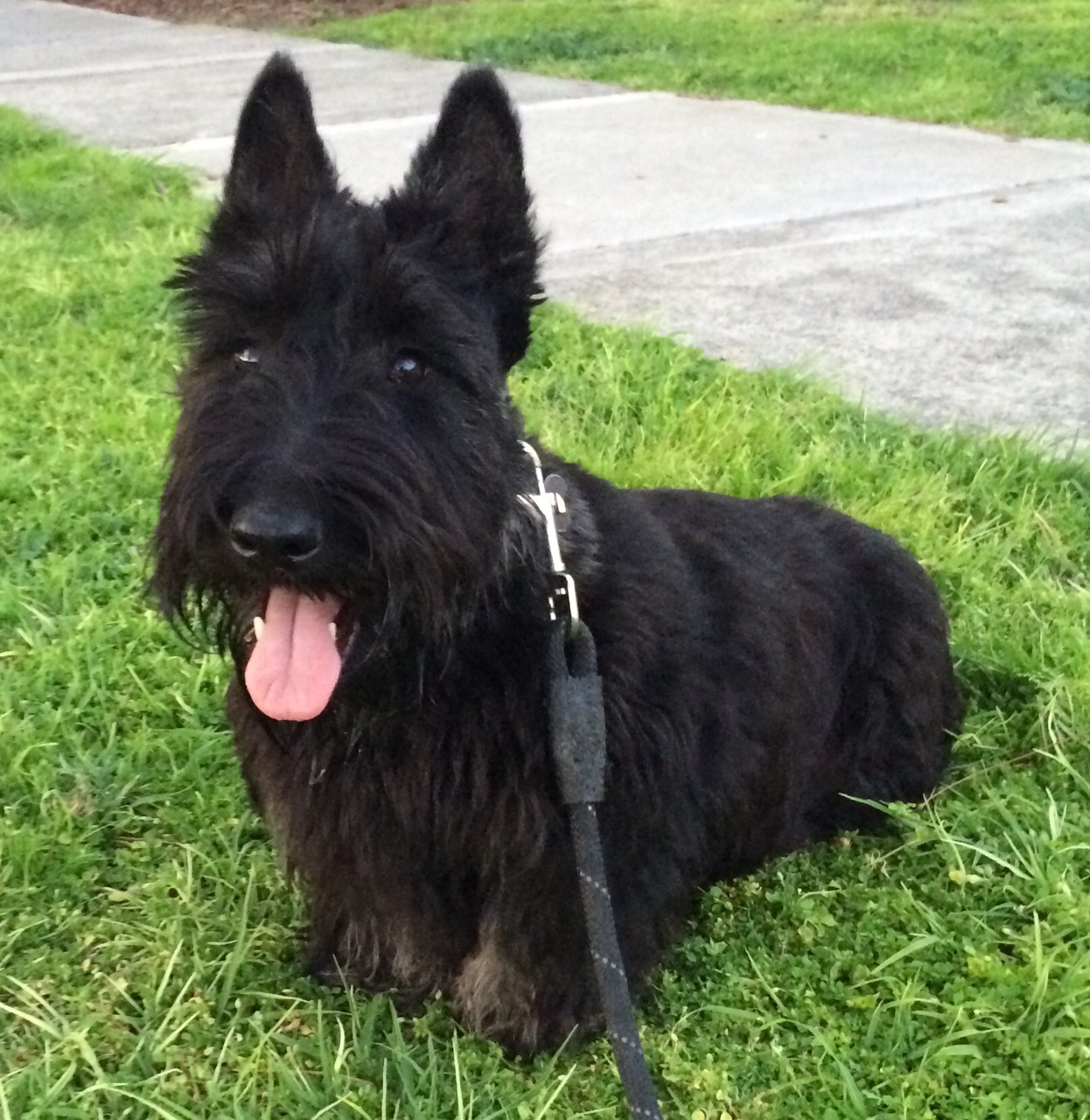